Professional Dentist in Greenville, SC Will Help Protect Your Brain

Your neighborhood dental practitioner may not only be able to help you look after your teeth, but they may also help you prevent disorders that affect your brain down the line. A September 9, 2014 article in Nature World News states: 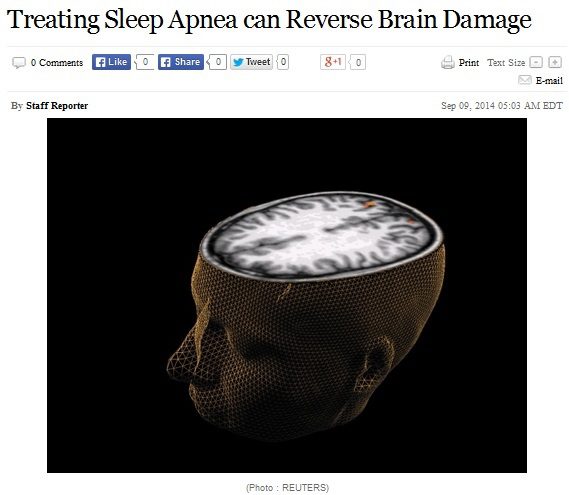 According to researchers … continuous positive airway pressure therapy can undo some of the damage caused by chronic snoring.

People suffering from obstructive sleep apnea have disturbed sleep due to frequent pauses in breathing pattern. The research has shown that the condition can up heart disease and stroke risk. Related studies have even shown that people with sleep apnea have high chances of developing diabetes.

The researchers involved with the current study say that frequent awakenings due to breathing problems can lead to cognitive problems and memory. But, common treatment for the condition for around 12 months can help restore some of the functions.

Residents of Greenville, SC may have the danger of sleep apnea-induced traumatic brain injury (TBI) looming closer than they think. Some studies note that around 1.4 million people in the U.S. are diagnosed with TBI every year, with at least 3.3 million more facing long-term neurological disability as a consequence. A dentist from Greenville, SC like Dr. Brian Derrick of Falls Park Dentistry can help you to address issues associated with sleep apnea.

The results of the study were based on testing 17 patients plagued with obstructive sleep apnea (OSA) bouts against 15 people in a control group. The OSA patients were found impaired in several cognitive functions of the brain as a result of disrupted airflow to oxygenated blood going to the brain. Sleep apnea occurs when the tongue causes an obstruction in the airway.

Chiefly, there are two solutions to adopt for combatting sleep apnea. Continuous positive airway pressure (CPAP) therapy involves breathing though a tube all night. The Nature World News article noted that CPAP tests on the affected patients showed that their conditions improved when tested after three months and one year.

The other solution, which skilled dentists in Greenville, SC like Dr. Derricks can aid you with, is to provide you with a nightguard. The device, which you insert into your mouth, is designed to keep your tongue from blocking the airway. It also helps if you are afflicted with teeth grinding.

Some people may say a mind is a terrible thing to waste, especially when your brain is badly jolted. Let your dentist help you keep that from happening.